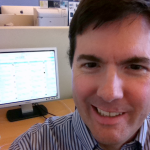 The FTC has announced new guidelines which concern “endorsements” by bloggers (21 of the document’s 81 pages have some direct reference to blogs or bloggers). If I understand correctly, under the guidelines which become effective December 1, 2009, a blogger can be fined for failing to reveal that they received payment or kept an object they were given to review–even a book–if they publish a review of the item or the company that made it.

First, we all (not just bloggers, but everyone) should just do this anyway. Your credibility will suffer if you endorse something to me and I find out later that you received something of value from the folks you endorsed, whether or not YOU think it influenced you! So FTC or no FTC, this is a good reminder about minimum ethical standards for communicating about products and services.

Second, there is a lot of confusion about the power the FTC is packing behind these new guidelines. To vastly oversimplify the US regulatory system: this thing that we’re talking about isn’t part of the Constitution (obviously), Federal Statutes (passed by Congress) or Federal Regulations (passed by individual Federal Agencies). It’s more of an announcement by an agency, the FTC, clarifying how they intend to interpret and enforce the laws and regulations that already exist in this realm. Keep in mind that until the FTC actually goes after someone citing this guideline, and their enforcement action challenged in Court, its implications are murky. And in the mean time the FTC can simply change its interpretation or otherwise enforce this (and related) principles in a wide variety of ways.

Third, the FTC seems remarkably poorly prepared to deal with this area of regulation. Which might explain this embarrassing interview between a blogger and a representative of the FTC (thanks to blogger Edward Champion at Reluctant Habits for digging deeper) revealing that the representative (and very likely the FTC) hasn’t really thought this through yet. (Bloggers would be able to open used book stores? Come again?!)

So I’m predicting that these guidelines won’t be featured in any enforcement actions any time soon. But I’m hoping that any bloggers (and non-bloggers) who aren’t disclosing their relationships with the products and companies they review take the hint and begin doing so!