It’s not just courteous and kind to help little old ladies cross the street: it pays.

Last month I attended an excellent presentation concerning social media analytics and ROI by the esteemed Chuck Hemann, Director of Analytics for WCG, sponsored by the Social Media Club of Seattle. Chuck made an important point about social media influence that I want to share with you.

Both quantity and quality are important for social influence

On one particular slide Chuck showed us an image of Edelman Digital VP Michael Brito accompanied by a few bullet points scoping out his social media influence. At the sight of this slide the standing-room-only crowd murmured approvingly. More than 30,000 folks, myself included, follow @britopian on Twitter. He’s a well known thought leader and published author in the social business realm.

Chuck’s next slide showed a sweet looking woman wearing a straw hat with a flower on it—Chuck’s mom. She has around 1300 Twitter followers: very respectable…but she’s no @britopian, at least at first glance. 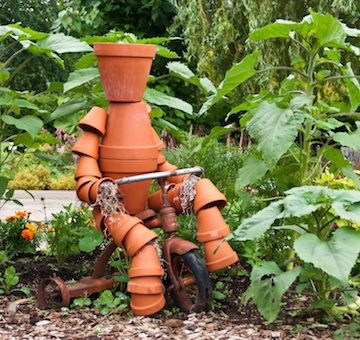 Question: Given the choice, would you rather have @britopian or @susanhemann tweeting about your brand? Answer: It depends what your message is.

In Chuck’s hypothetical, your message is about gardening. You’re trying to influence people who are into gardening and have personal networks of like-minded people. Low and behold, Chuck’s mom is a well-established gardening Twitter personality and blogger. Many of her 1300+ Twitter followers are, presumably, rabid, over-the-top gardeners and gardening influencers. So naturally the person you want tweeting about you is Chuck’s mom.

Not that there’s anything shabby about Michael Brito or his followers, thank you very much. But they’re not focused on gardening. Yours is not a high value add message for most of the people in his network—that’s not the messaging they’ve signed up to exchange with him. It’s not that you’d mind if he shared your message, but it’s probably not worth your time, or his, for you to try to engage with him or his network over gardening.

Both quantity and quality are wasted without message clarity

Do you remember the TV ad in which a G.I. Joe action figure drives a toy car up to a doll house and whistles, Barbie greets him, changes into her party dress, and joins him for a ride (much to Ken’s dismay)?

The ad was extemely popular, and even won awards—but the advertiser deemed it a failure because it failed to drive car sales. Millions were entertained by this message, but it was the wrong message.

At the opposite end of the spectrum is a story I once read about a manufacturer of window blinds which sent employees on a house call to help a little old lady who was having trouble with her blinds. They did this because customer satisfaction was important to their brand even though they knew they would lose money on this transaction from the extra labor cost. But as it turned out the little old lady’s grandson was a real estate developer. Impressed by his mother’s experience, he began purchasing the company’s window blinds in bulk for his housing developments. The original recipient of the company’s customer satisfaction message, the little old lady, may have seemed “unimportant”, but the message was delivered anyway because it was brand-critical. And in this instance the payoff was big.

If your brand is gardening, talk to gardeners. If your product is a car, talk to drivers…about your car. And walk the talk, because your behavior is your brand as much or more than your words are.

Don’t forget, some of those  little old ladies out there are 600 pound gorillas of influence.